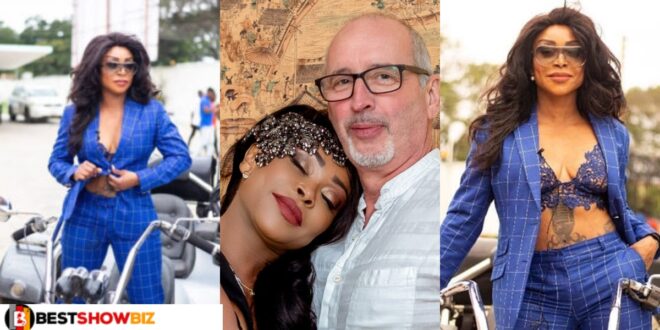 Stephanie Benson, a veteran Ghanaian musician, can be heard in a viral video informing her husband that she is cleaning her “toto” so he may sniff it.

The video, which quickly went viral, showed her showering in the bathroom when her husband came to enquire what she was doing after she had been there for a long time.

After entering the washroom, the wife stated,

“What are you still doing in the bathroom? You’ve been there for long

Stephanie responded to her man’s statements by also saying;

“How am I taking too long? I’m washing my private part well so you can sniff it

Stephanie is believed to have been married for 32 years to her white husband, Jon Benson, and they had five beautiful children together.

Read Also  'It's my prayer, my boyfriend, don't get the US visa or else I will lose him when he travels" - Lady cries out