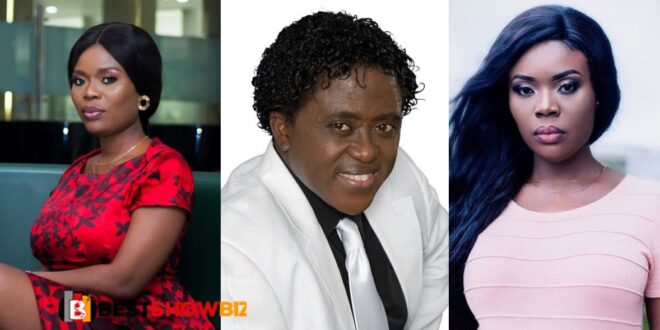 Gemann has revealed his desire to marry renowned TV personality Delay after receiving a presidential pardon and opting to pursue God’s work after being convicted of the murder of a taxi driver in 1995.

In an interview with Kingdom FM, Gemann stated that he moved to Ghana specifically to discover true love and that Delay was the chosen one.

Regardless of the nature of his connection with Delay, Gemann declared clearly that “marrying Delay is one of the biggest plans I intend to achieve.” I have not married anybody else since my ex-wife died. I came all the way to Ghana to marry Delay on purpose. “

Gemann recalled one of the wonderful times he had with his ex-wife, saying she brought him to Christ before her death.

“I was not a believer when I met my ex-wife, but she prophesied that I would one day sit closer to her in church, and it happened. I had the honor of sitting alongside her before she died, “he told Fiifi Pratt earlier in an interview with TV3.

Gemann, who spent 14 years in jail, lamented the country’s dreadful prison system. He believes that what is supposed to be a rehabilitation system is actually doing more harm than good to society.

watch a video of his interview below;