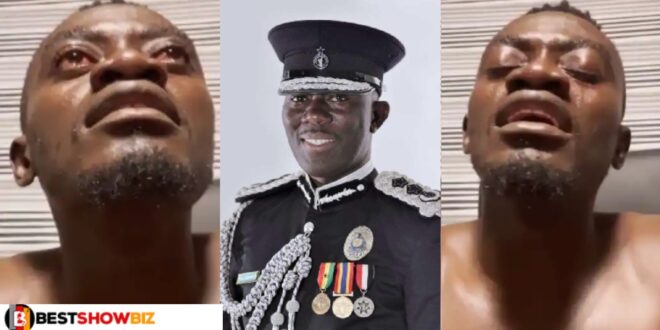 According to reports, comic actor Lil Win is enraged over his exclusion from the list of celebrities invited to speak with Ghana’s incumbent IGP.

On Thursday, November 11, 2021, he protested being left out of Accra100.5 FM’s ‘Ayekoo Ayekoo’ mid-morning broadcast.

Lilwin claims that he only learned about the meeting after seeing Agya Koo at the airport on the day of the encounter.

“I met Agya Koo at the airport; it was via him that I learned that people in the creative arts business had a meeting with the IGP in Accra, and I had no information about it; no one invited me, and no one informed me about it,” he stated.

“Any meeting involving celebrities that have taken place in Accra, I’ve never been invited,” he said, “yet I’m among the top three celebrities in the country.”

“So, if there’s a conference to address issues impacting the business, isn’t it weird that the superstars Ghanaians listen to and adore, like myself, were not included?” he said, expressing his surprise at not being invited.

“Perhaps my advice would have been considered if I had been present, but they presume Lil Win is a child,” he continued.

“There were producers and actors present,” the Kumawood actor added, “but maybe since I’m the last born, people figure I’ll know whatever was talked about there, so I have no difficulty.”