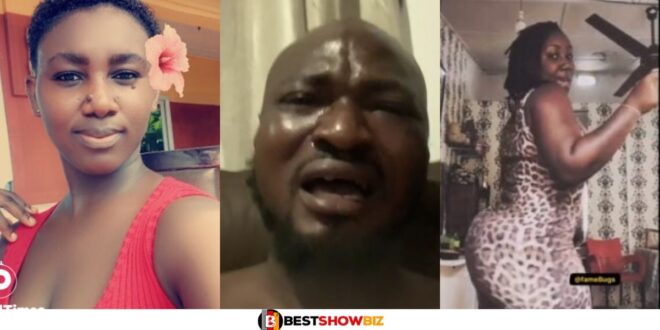 Vanessa, the baby mama of Ghanaian comedian Funny Face, has resorted to social media to disclose that she is now officially married to another guy, according to reports.

According to her, she is happy to be married to the guy and feels more content than she did when he was with the “Kasoa Vandamme” before marriage.

On social media, Vanessa was seen replying to some complaints directed at her page in a video that was shared.

Her profile was targeted by a critic who asked her if she was depressed because she was unmarried and also attempting to get the attention of guys on social media. She responded that she was not.

Read Also  Woman marries her dead husband before he was buried

Vanessa went on to say that she is now the wife of a guy who has a great deal of respect and adoration for her and that the wedding ceremony was attended by members of both families as well as some close acquaintances.