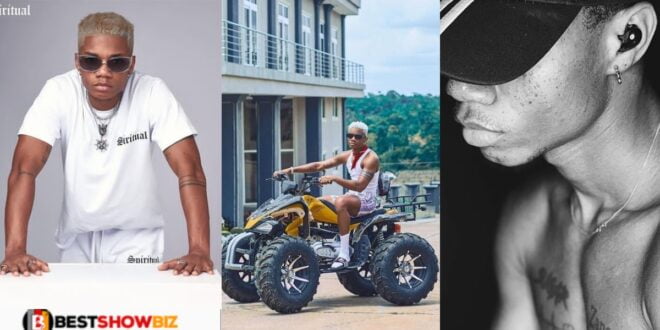 Kidi, a popular Ghanaian musician, is seen in a new video bragging about how attractive he is while sitting on the floor of his bedroom.

In the video, which is quickly going viral, the gals dem sugar kidi, who is said to be liked by practically all females, was heard stating that God had formed him well as he praised himself.

Sharing the video online he was heard saying;

“Like deeply, have you ever seen a more handsome man? Look at that jawline…look at my big ass nose…I’m too handsome”