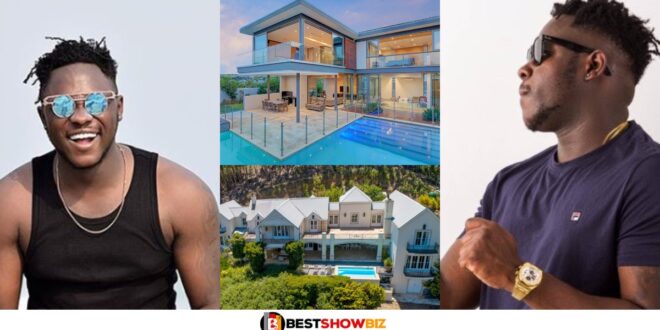 Medikal, an AMG rapper, is recognizing himself before the end of the year.

The “Confirm” hitmaker is in a tweeting frenzy, thanking the most significant individuals in his life and work, and he didn’t forget to remind his followers of some of his previous accomplishments.

Medikal disclosed in one of the numerous tweets that he has built seven houses so far and would continue to do so.

According to the 27-year-old rapper, despite the fact that many people mock his rhyming technique, he has managed to ensure a future for himself via it.

Medikal also recommended his industry colleagues to save for their future since it is critical.

Read Also  "You begged me to ask Obofowaa to give you $50,000"- Ayisha Modi throws more shot at Afia Schwar

“Next year I go chop 8 years in the industry! So many properties man still de acquire. I hope my colleagues de do same as we de play shows de go. Make we no chop 50 and open go fund me account, Ibi we for fund dem,” he added.