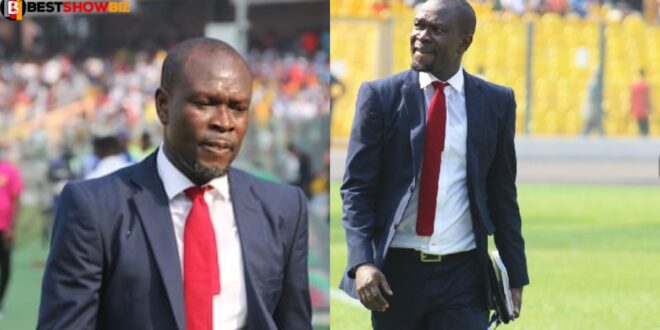 CK Akonnor has thanked the President, the Ghana Football Association (GFA), and the general public in his departure address.

The GFA fired the former Asante Kotoko and Dreams FC coach on Monday due to poor results in 2022 World Cup qualifying games.

Ghana won their first qualifier at home against Ethiopia but lost to South Africa at the FNB Stadium.

CK Akonnor thanked President Akufo-Addo and Ghanaians for the opportunity to serve and wished the team well.

“I’m grateful to H.E. President Nana Addo Dankwa Akufo-Addo, the Sports Ministry, my former boss Kwesi Appiah, the leadership of the GFA, colleagues I worked with, players and Ghanaians for the opportunity to serve. Wishing the team all the best.

he wrote on social media.

In the next round of games, which will take place in October 2021, the Black Stars will face Zimbabwe.

Akonnor lasted 21 months as Head Coach of the Black Stars, winning only four of his ten games in charge, with three draws and three losses. He was fired after just four games.