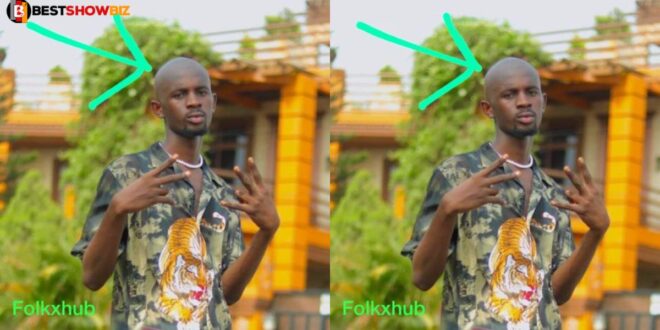 When people question his age, Black Sherif, a hip-hop artist, and singer says he is happy and excited.

Within a short period of time after bursting onto the scene, the young, energetic musician has broken numerous records and is flying high and fast.

Because most people do not believe he is 19, his age has been called into question several times. As a result, he reacted negatively toward the skeptics among us.

He wrote this on his Instagram story after noticing that people were doubting him because he was only 19 years old and was topping the charts and performing well for his age.

He expressed his delight, claiming that he is still young and capable of performing all of the magic.