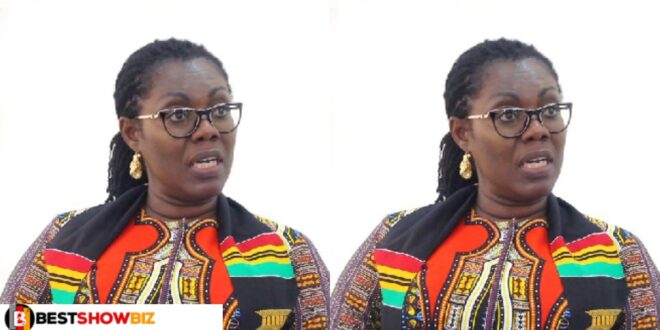 Ursula Owusu of the National Democratic Congress (NDC) has slammed Ghanaians who are crying and complaining about the controversial 1.75 percent E-levy tax that the ruling NPP government, led by Nana Addo, has yet to implement.

Any Ghanaian who can transfer 100 cedis or more is not poor, according to Ursula Owusu, and should not complain if the government wants to tax him or her.

The NPP firebrand also stated in an interview on GH One TV that the government changed its mind about taxing mobile money transactions because the system has grown in popularity and many people are comfortable using it, so it was only fair to impose charges.

Read Also  Shatta bandle spotted with gun-wielding armed robbers, raises concern that he is one of them

Ursula Owusu further said that about 600 million dollars will be made every month to help the economy grow and the country transition away from the E-Levy.

She withdrew these claims in order to defend Dr. Bawumia, who had previously stated in an interview with Kwame Sefa Kayi that MOMO should not be taxed because the majority of its users are poor.

Finance Minister Ken Ofori-Atta said the government has decided to levy all electronic transactions to broaden the tax net and bring in the informal sector while delivering the 2022 Budget to Parliament on Wednesday.