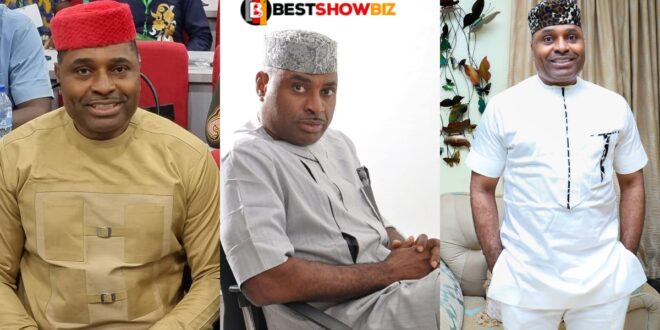 “If your woman does not appreciate little things, break up with her”- Actor advises

Kenneth Okonkwo, a veteran Nollywood actor, has educated single men on the attributes they should search for in a life partner.

He added in a lengthy social media post that a woman who does not appreciate the little things is a Red Flag and that men should avoid such ladies.

A woman who sincerely loves a guy, according to the actor, will not push him past his limits, but will instead appreciate his small efforts and assist him in achieving his goals.

He wrote: “To make N200, an Okada rider might have to do 4 trips. Even so, his profit will not be N200 considering he has to first subtract money for fuel and union dues. N200 could be big money depending on the financial capacity of the giver.

“See, any woman who doesn’t appreciate the little you give to her is not for you. You will never grow as a man with such a woman in your life. So the earlier you do away with her, the better for your mental health.

“It is better to marry a stark illiterate who hawks groundnut and makes a profit of N100 than to marry a woman who doesn’t believe in the dignity of labour and who undermines the importance of speaking life into her man.

Kenneth Okonkwo continued: “The problem is not that you don’t give her enough money – and there is no amount of money that will be sufficient for a woman without value. The problem is that you’re wasting your resources and time on the wrong woman. As a rule of thumb, never go out of your way to do what you cannot do for yourself for any woman. It is not love. It is foolishness.

“A woman who genuinely loves you will not push you beyond your limits. She will respect the efforts you’re making and she’ll encourage your dreams. If a woman is working for or is involved in a legit hustle for money, she will know the value of money. The moment you meet a girl who believes that her vagina is the gateway to financial independence, run. If you don’t, that is the beginning of your end.”