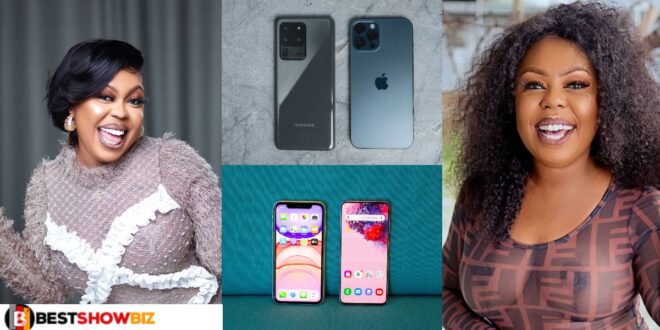 Following a comment she made in a trending video, Afia Schwarzenegger has enraged some smartphone users who do not own an iPhone or a Samsung.

Afia Schwarzenegger was heard telling her fans and social media users in a video to dispose of their phones elsewhere if they are not an iPhone or a Samsung phone.

She referred to whatever phone they were using that wasn’t an iPhone or a Samsung as a remote controller that needed to be discarded.

Many netizens have slammed her for her remark.

Many of them believe she is attempting to incite the youth to engage in illegal means of obtaining money in order to obtain such phones.