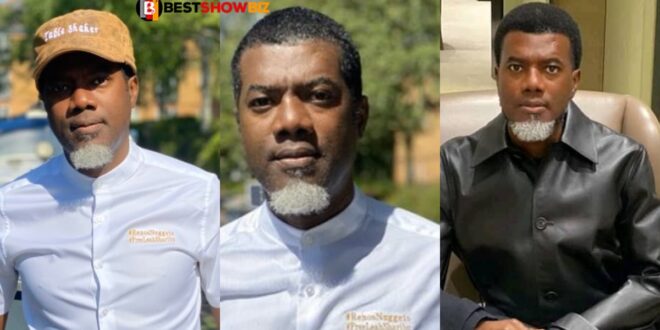 “If you want your plans to succeed, never brag about it to others”- Reno Omokri

Reno Omokri, a Nigerian author and socio-political critic, has resorted to social media to provide some advice on the importance of discretion, particularly while making life-altering decisions.

According to the former presidential assistant, spilling too many specifics to outsiders increases the likelihood of such initiatives failing.

He said this in an Instagram post telling how Angel Gabriel appeared to Zachariah before the birth of Jon the Baptist.

“If you want your plans to come true, never brag about them to others,” he says. While still in its mother’s womb, a fetus can be aborted or miscarried.That is why moms wait until their children are born before naming them. Apply the same logic to your plans. Put an end to the naming ceremony before the plan is implemented. Follow in the footsteps of Zechariah.

The Angel Gabriel revealed the name of Zechariah’s son, then sealed Zechariah’s mouth until the birth of John the Baptist. You do not blab about everything God has told you or every idea or inspiration you have.

Keep your lips shut until it happens, or it might not happen at all. Worse, like Joseph’s brothers did, those you tell may sell you into servitude. “