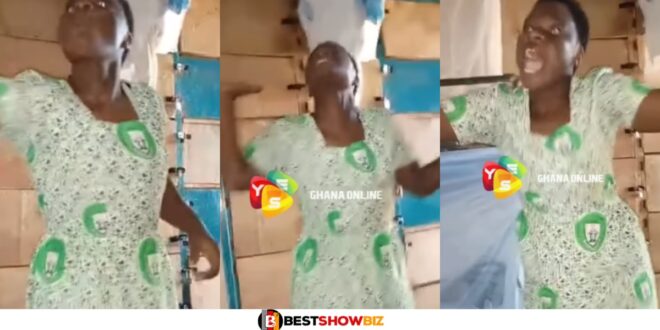 A video posted on the internet shows the moment an enraged SHS student invoked the ancestors as she rained curses after someone reportedly broke into the school’s trunk room and stole her Ghc400.

The video shows the student calling on her ancestors as she rained curses.

The fact that she mingled some English words in the course of her anger caused people standing around to laugh and wonder what kind of English she was speaking.

The enraged student swore to do all in her power to get the gods to intervene on her side if the individual failed to return her money within a short period of time.