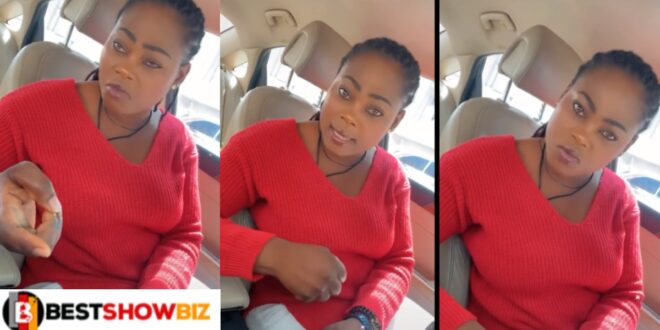 “If you want to talk about me, you have to dress nicely and do makeup, my brand is important.”- Joyce Blessing

Joyce Blessing has spewed insults at her critics and people who are busy gossiping about her and her marital woes.

This follows after the publishing of an article on social media which had it that the gospel musician did not have her first and second children with her then-husband Dave Joy.

Since its publication on social media a few days ago, the controversial gist has gained widespread attention, yet Joyce Blessing has remained deafeningly silent.

Well, the ‘I swerve’ singer has however chosen to speak about the independence she is currently enjoying as a result of her divorce from her husband.

According to her, nothing compares to the satisfaction she derives from the realization that she is now in command of her own life and affairs.

Read Also  See how social media reacted after v!grin boy couldn’t chop lady who gave it to him freely (video)

Joyce Blessing has attacked her detractors and critics in a new video that has surfaced on the internet, telling them that if they want to talk about her, they should attempt to make themselves appear nice.

She specifically indicated that her critics should put on decent wigs and make sure they are well dressed before they criticize her appearance.

Joyce Blessing appears to have developed a thick skin as a result of her repeated appearances in the media as a result of her broken marriage. It is also clear that she is actually living her life, and she is not concerned with the opinions of others about herself.