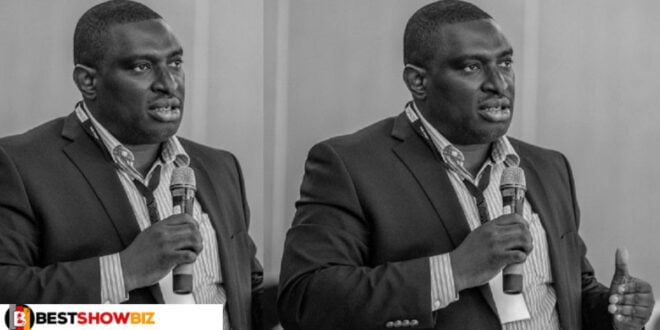 “If you believe that spending more money will make you happier in life, you are completely mistaken” – Millionaire Victor Asemota

Victor Asemota is a serial entrepreneur and venture capitalist who invests in early-stage technology firms and tweets about global business news, technology, and investing trends.

He is a bootstrapping specialist who tweets a variety of suggestions for developing revenue-generating businesses.
On Thursday of last week, he recounted on his Twitter page how problems nearly knocked him down when he first started doing business.

Some of these difficulties include dishonesty among his coworkers and spending money in any way without a good budget.

I feel his story should serve as an important lesson to people who desire to start their own enterprises.

Here are some of his tweets:

“The greatest scam in the world is advertising that suggests that the way for you to be happy or happier is to spend more. The true path to happiness is earning more than you can ever spend no matter how hard you try. This happened to me in 2001 when I was earning $5k monthly”

“No matter what I spent money on at that time, more would come next month. At some point, I had $45k and no plans for it. Invested $26k in the stock market and was wiped out. Then the money stopped coming after a dispute. I became broke quite fast as I had acquired new tastes.”

“I still remember the blissful state of ignorance when all I had to do was spend because we had scored a $4m deal and the next stage was $30m. I thought that I was even being frugal by taking $5k monthly and still couldn’t finish it. Everything collapsed because of conflict.”

“The conflict came from mismatched expectations between founders. I was one of those founders and the one who got the idea and did all of the work. The other (who still worked elsewhere) provided the seed money and decided to start treating me like an employee. It didn’t end well.”

“Everything was lost because of greed. They even locked me out of an office I rented and furnished. I was the youngest person in that arrangement and the lesson I learned from that short-lived venture was – “Only do business with your peers” according to
@nelsonchudi
who saved me.”

“What brings me true happiness now is weird. It is helpingothers to make more money than they ever dreamed they could. This is why I actively work with startup founders. Their success brings me joy and in some cases money as well. Far less than they make of course.”

The greatest scam in the world is advertising that suggests that the way for you to be happy or happier is to spend more. The true path to happiness is earning more than you can ever spend no matter how hard you try.