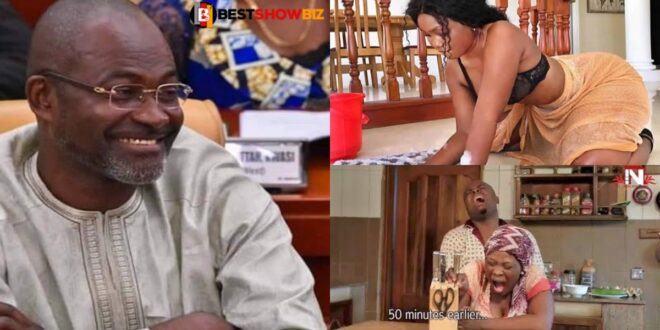 “If you are not good in bed and also does not know how to cook, forget marriage”- Kennedy Agyapong advises ladies

Kennedy Agyapong, an Assin Central MP running on the NPP ticket, has identified three traits that he believes are essential for successful marriages, particularly among women.

According to the NPP MP, these three traits include having excellent sex, cooking nice food, and being courteous.

Kennedy Agyapong, speaking on Net2 TV’s Attitude show on Friday, July 2, stated that for a marriage partnership to last the test of time, the lady must have these three qualities.

“To succeed in marriage, a woman must have good sex, cook good, and respect, and she will win the man’s heart. He would give it to you no matter what you said. But you are not sexually attractive, you can not cook, and you lack respect, therefore you are going to hell. Kennedy Agyapong explained, “You are out.”

“You can be the most beautiful woman in the world, but if you do not know how to cook, you will appear ugly to your man.” You are also a jerk when it comes to sex. Because my daughters are now adults, I say all of these things to them. All you have to do is sex well, cook well, and respect others. That is the unmistakable truth.

If a woman wants to have a good marriage, she must have these three qualities. Anyone with these traits is usually successful, and people enviously look up to her since she has it all.”