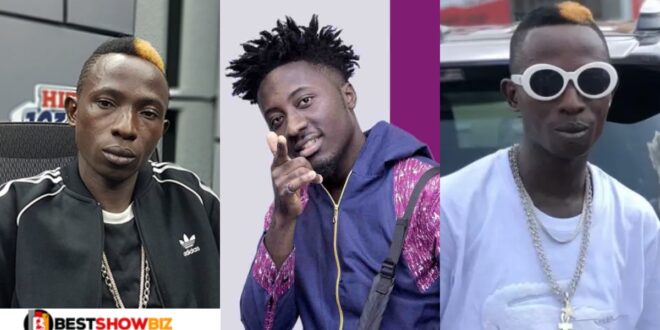 ‘If I see Amerado one on one, I will break his dead with stone’- Angry Patapaa (Video)

Patapaa, a Ghanaian singer and songwriter best known for his famous song “One Corner,” has taken his rage out on musician Amerado, whom he had previously resented for mentioning his name in a song.

Patapaaa, who was speaking during an interview with Okyeame Quophi on Angel Fm, stated that he does not even want the term Amerado to be mentioned in the vicinity of where he is currently located.

The reason, according to Patapaa, was that the singer had degraded him in a song that he had released during a feud he had with Obibini a few months before.

Read Also  The Boyfriend Of Bobrisky Surfaces: Is He Gay? - Photos
Share