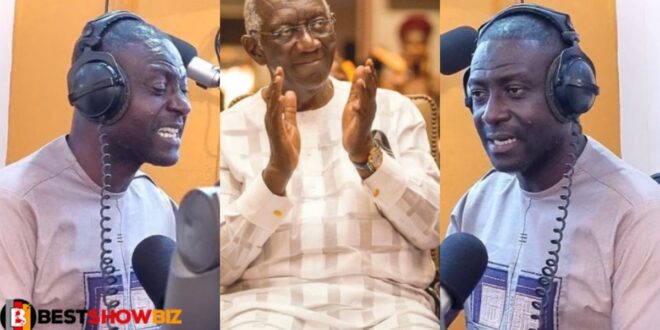 Captain Smart has made a startling admission concerning his Secondary School days.

The former Apam SHS student has confessed that his support for the New Patriotic Party landed him in jail while he was still in school.

In an interview with Giovani Caleb on 3FM’s Drive Time show, he revealed he broke the law while campaigning for NPP candidate Kufuor in his final year of school.

Captain Smart claims that this landed him in jail, forcing him to take his final exams while incarcerated.