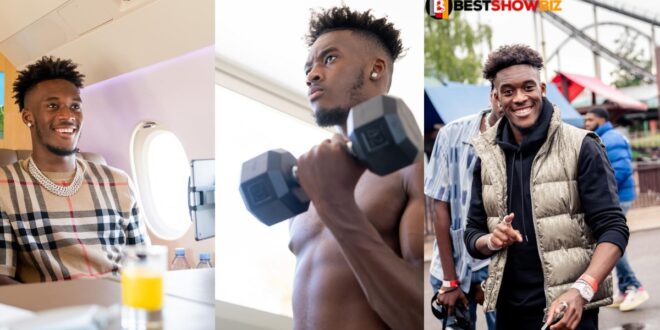 Chelsea striker Callum Hudson-Odoi has reportedly shifted his international allegiance from England to Ghana, according to sources.

A month after meeting President Akufo-Addo, the Champions League winner is claimed to have opted to play for the West African country.

Marcus Rashford, Jadon Sancho, and Bukayo Saka were all racially harassed online after missing penalties in England’s loss to Italy.

Hudson-Odoi, who enjoyed a close relationship with the trio as a member of the Three Lions, has chosen to represent Ghana instead.

Bismark Odoi, the son of a former Hearts of Oak player, fears that if he continues to play for England, where he was born, he will experience similar treatment.

Hudson-Odoi traveled to Ghana over his summer vacation, when he fell in love and paid a visit to Ghana’s first gentleman, Akufo-Addo, at the Jubilee House.

Mustapha Ussif, the Sports Minister, was also present and encouraged Akufo-Addo to “investigate the possibility of Callum switching nationality and playing for the Black Stars.”

Hudson-Odoi has three senior caps for England, but if he does not earn a fourth cap for the Three Lions, he is still eligible for a move.

If claims that he has decided to play for the Black Stars are accurate, he will have to wait until November of next year to do so, as Fifa rules state that players must be eligible for a swap three years after their last appearance for the organization they intend to leave.