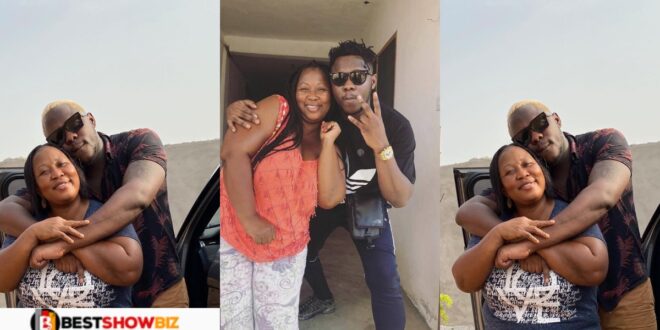 Madam Portia, the mother of musician Medikal, has spoken out against her son Medikal’s arrest and detention in a recent interview.

According to Medikal’s mother, she is a mother who sincerely loves her children and does not want anything bad to happen to any of them, thus she would have died in grief.

During an interview with Kwasi Aboakye on Okay Fm’s Entertainment Review, Madam Portia revealed that she was upset when she learned about his son’s arrest for flashing a gun on social media.

Read Also  "married Kumawood actress Nayas had an accident while traveling to have s3x with another man."
Share