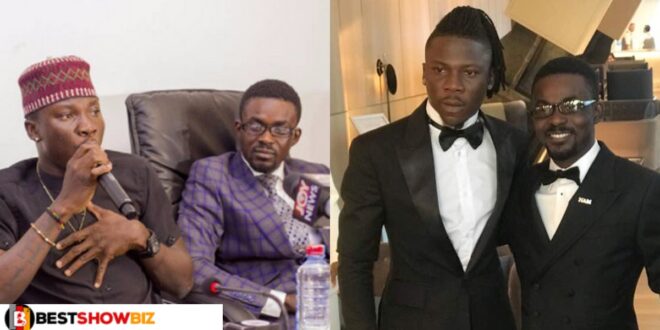 Stonebwoy has revealed that he is unable to return the money he earned while working with NAM1 because they both engaged in services that paid them back.

If he returns the money he earned while working for NAM1, he claims that the services he rendered or the activities they engaged in cannot be returned, and the company made more profit from his service than he was paid, so he cannot return the money.

Read Also  "It's sad how most couples send marriage problems to pastors, we also have problems ourselves"- Kumchacha