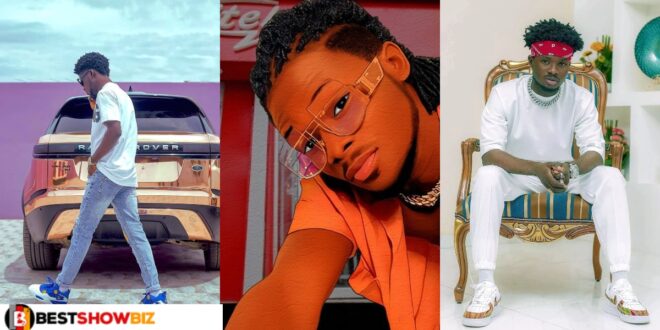 “I won’t be here forever, i will leave lynx entertainment”- Kuami Eugene (video)

Kuami eugene has hinted that he will eventually leave his current record label, Lynx Entertainment, according to the reigning Vodafone Ghana Music Awards Artiste Of The Year, Kuami Eugene.

Eugene stated in an interview with Rashad that he intends to branch out on his own in the future and produce music, but for the time being, he is under contract with the label.

Kuami Eugene stated that for the time being, he is carrying out the responsibilities that are expected of him by the label, despite the fact that he declined to disclose how many years remain on his contract with the company.

Read Also  Recent photos of the world's most beautiful child, two years after she was declared.

Rashad, the host, inquired whether “should he (Kuami Eugene) leave Lynx Entertainment anytime soon, his fame will fall into water” if Eugene were to leave the company. “That is not going to happen,” the ‘Bunker’ hitmaker responded.

You can see the entire interview here: