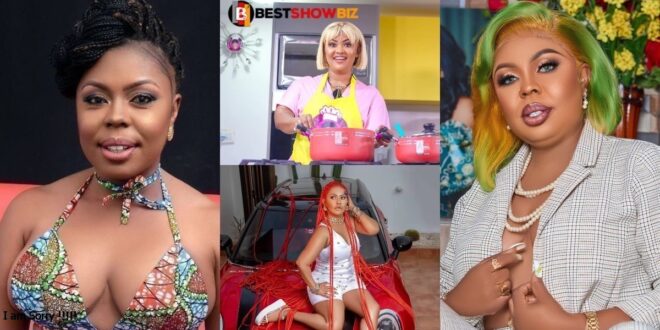 Nana Ama McBrown, a fan of comedienne Afia Schwarzenegger, announced that she was taking her to Ankafo, a mental institution.

For a time now, Afia Schwarzenegger has been utilizing TikTok to show off her comic side and uploading it on her Instagram page, which has gotten some notice.

In a recent video, she stated that she was going to start jogging when she realized that the Bible tells that the wicked flee without being chased, so she chose to stop and take a drink.

Nana Ama McBrown responded to this message by posting, “I will take you to Ankafo wai.” Watching the video made the presenter and actress laugh out loud, causing her to make the statement.