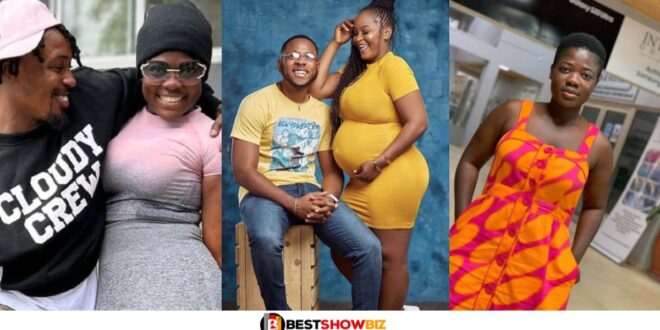 I Will Reward You GH¢10,000 If You’re Able To Post My N¥De Video – Asantewaa Dares Cyril’s Baby Mama, Eyram

Eyram has been promised GH10,000 by Asantewaa in the event that she is successful in releasing the naked video she was threatened to release.

TikToker Asantewaa has said that she will give Eyram GH 10,000 as a gift if Eyram goes through with her threat to release a video of herself without clothes on.

As Asantewaa persisted in demanding that the YOLO actor’s baby mama return the GH30,000 that she had already paid them, Eyram retaliated by threatening to blackmail Asantewaa.

She went on Snapchat and posted a screenshot of a conversation she said she had with an anonymous gossip who said that Asantewaa had extramarital affairs with Dancegod, a famous Ghanaian dancer.

The same screenshots demonstrate how Asantewaa told Dancegod that her husband does not have strong manhood.

As Asantewaaa’s way of getting back at Eyram for making her look bad by accusing her of taking part in a GH30,000 scam, Eyram then threatened to show the public a nude video of her.

Asantewaa has denied having an affair with Dancegod in response to Eyram’s threat. She also reassured everyone that they do not have her naked video because she has never shot herself in that situation before.

If Eyram is successful in producing her node video, Asantewaa has promised that she will give her GH10,000 as a gift.