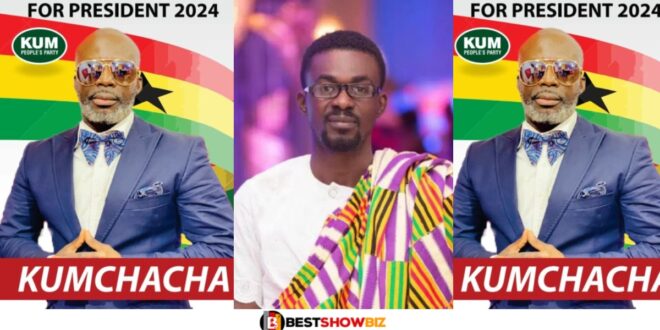 In the run-up to the general elections in 2024, the Prophet Kumchacha made a very important promise.

Because of some recent events, the pastor of Heaven Gate Chapel has said that he wants to run for president.

Kumchacha let slip one of the things he planned to do during an interview with Halifax Ansah Addo on Okay FM.

He promised that if elected into power, he would release the money that was held for Menzgold customers.

He told his customers that if he was elected president, they would get their money back.

Prophet Kumchacha continued by saying that if NAM 1, the CEO of Menzgold, is proven guilty, he will spend the rest of his life in prison.

In his remarks, he also discussed his plans for addressing the country’s rental problems.