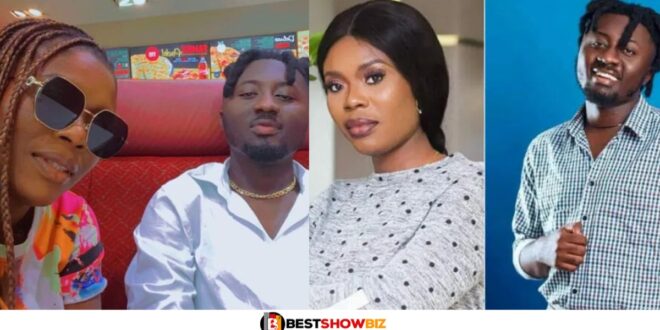 Delay’s relationship with rapper Amerado continues to evolve, with the two leaving the public in the dark.

Since Amerado appeared on Delay’s show for an interview about a year ago, the two have been seen together several times and have portrayed to the public that they are friends, if not lovers.

To put an end to speculation about the relationship, Delay asked Amerado for the second time, while interviewing him, if they were in a romantic relationship.

“They say you’re dating Delay; is that true?” Delay inquired.

Amerado, for his part, asked Delay to confirm or deny the rumors.

Amerado told Delay he would not discuss their relationship because he was unwilling to discuss it.

“I don’t want to talk about it,” he explained.

Meanwhile, Amerado is gearing up to release his G.I.NA. album.

Amerado’s interview with Delay is embedded below: