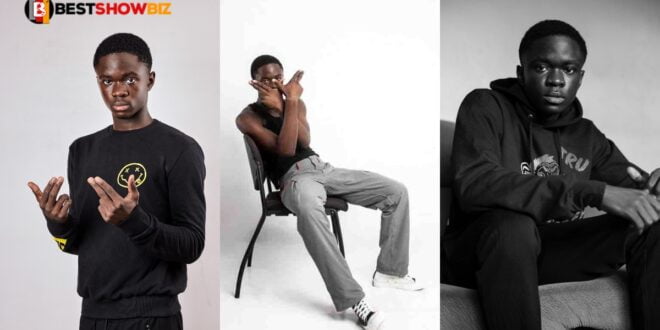 “I will not attend any Ghana University”- Proud Yaw Tog says

According to Yaw TOG, he would take a year off after graduating from high school to focus exclusively on his music career before returning to school.

He also stated that he would not be attending any Ghanaian university. Yaw Tog, speaking with Mz Gee on NewDay, stated,

“I plan on attending the international one.” When asked which ones he believes to be worldwide universities, he said, “Oh, you already know.” “This is not Ghana.”

But he was tight-lipped about the specifics of this worldwide institution, which will be home to the winner of the VGMA 2021 for Best Hip-hop Song of the Year.

Yaw Tog is now studying for his Secondary School final examinations (WASSCE). He discussed how he balances his popularity with his education at school.