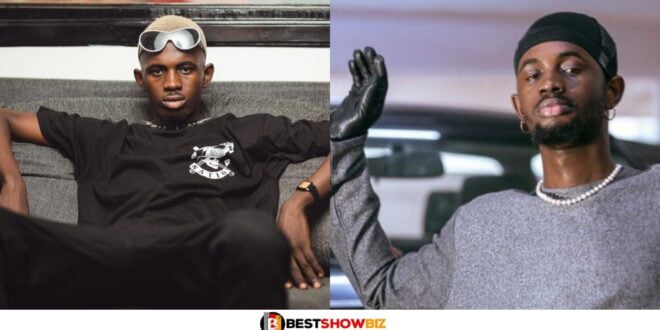 Black Sherif has reacted angrily to netizens who refuse to accept that he is only 19 years old.

After he posted about his musical talents at the early age of 19, netizens swiftly leaped into his comments to protest his lying about his age.

In Ghana, we’ve become accustomed to superstars — from footballers to actresses, broadcasters, and artists – all lying about their age.

It’s easy to see why players do this — they have a very limited window to play, and a lack of opportunities prevents them from getting the experience they require at a young age.

No one knows why the actors and slay queens refuse to grow.

Some of them continue to celebrate their thirties for years, somehow never reaching the age of forty.

As a result, it’s easy to see why netizens are skeptical about Black Sherif’s age.

He does, however, appear youthful, and given that he has only recently begun his university study, there is no reason to suppose he is older than he claims.

After being troubled by netizens, Black Sherif addressed the problem.

He claims he is actually 19 years old and has no need to lie.

“The last thing imma do on this earth is cap bout my age! I know you don’t believe i’m 19, and that makes me so proud!” he wrote.

In response, netizens advised him to cut his beard if he wanted to be considered younger.