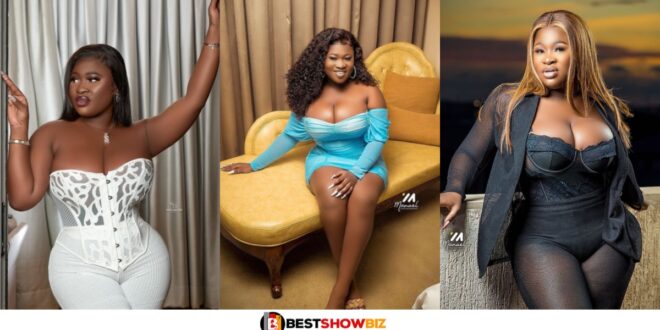 “I will never beef any musician again”- Sista Afia

Sista Afia, a well-known Ghanaian musician, has said that she has no intention of engaging in lyrical conflict of any kind in the future.

Remember that Sista Afia was involved in a dispute with the rapper Eno Barony, as well as Freda Rhymz and Akuapem Poloo? The altercation that took place between Sista Afia and Freda Rhymz at the TV3 headquarters escalated into a physical confrontation between the two women.

During an interview with Graphic Showbiz, Sista Afia revealed that she has come to the conclusion that she would not engage in any kind of conflict or disagreement with any of her other co-workers.

“Right now, I would sit back and rather observe those engaged in beefs but to get me to do it with anyone in the industry, that is not going to happen. I am done, I mean zero indulgences for me. I don’t think I will ever do that again.”

The woman behind the hit song “Jeje” has stated that all she wants to do is mind her own business and be herself.

Sista Afia made the following statement in reference to the support that is given to female musicians in the music industry:

“The support for female musicians is better than before. The radio presenters are playing our songs and the TV stations are always calling us for interviews, and that is good.

“But we need to start supporting each other just like I have been doing for my female colleagues. I am always posting works of other female musicians as a way of supporting my own” she said.

Sister Afia has maintained her reliability for the past six years, and she attributes this to the effort she puts forth.

“After the release of Jeje, I have dropped other songs such as Corner Corner, Asuoden, Distance Relationship, Party, Weather, and King Solomon, among others.

“Had it not been hard work, how else could I have released all these great songs? Now my stage performance is also better than before and that is because I am always rehearsing,” she stated.