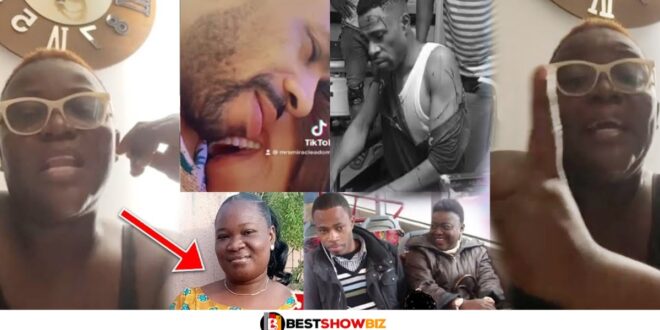 Nana Yaa Brefo of Angel FM has unequivocally indicated that she will not apologize to Kofi Adomah’s ex-wife under any circumstances, including her own death.

This statement by Kofi Adomah prompted a large number of Ghanaians to swarm the radio broadcaster and shower him with a wide variety of insults.

Nana Yaa Brefo was also not spared; a large number of dissatisfied feminists criticized and slandered her for her role in assisting Kofi Adomah in cheating on his first wife, which ultimately resulted in the separation of the couple.

Nana Yaa Brefo did not apologize to Kofi Adomah’s ex-wife after she was called a hypocrite and a wicked person by one of her fans, but she did say that she would not apologize during a Facebook live broadcast.

Nana Yaa Brefo maintained that she had never caused Kofi Adomah’s first wife any harm in any way, and that it is ludicrous for people to demand that she apologize to her for any wrongdoing she may have caused.

Nana Yaa Brefo ordered the individuals who were pushing her to apologize to Kofi Adomah’s first wife to quiet up because she believes that they do not have a good understanding of what is taking place.