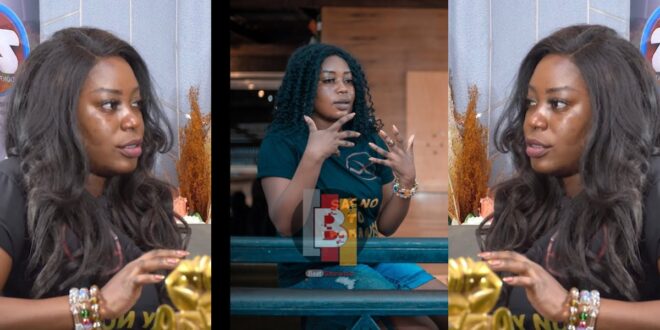 Former lesbian Bernice Ngoah has stated that she is willing to name and shame a popular Ghanaian actress who claims to have ceased practicing lesbianism but is still doing it.

Bernice confessed in an exclusive interview with Zionfelix on Zionfelix Uncut that she had entirely abandoned the act and had even founded a foundation to combat lesbiansm.

She did say, though, that she knows a number of female musicians and actresses that are involved, but she was adamant about naming a specific actress who is a devout lesbian.

Bernice Ngoah explained why she was so adamant about exposing that actress, saying she had approached her on multiple occasions and requested her to help her organization, but she had been turned down.

Bernice went on to explain that the actress said she no longer practiced lesbianism, but that was not the case.

CHECK OUT THE VIDEO BELOW: Let us fast forward to the eighth minute:

According to the former lesbian, the actress always claims that she does not have enough time to come out and assist the anti-lesbiansm movement.

Bernice claimed that this was due to the actress still being in the act and not wanting to expose herself to the scrutiny of other lesbians.

She went on to say that she had prayed for the actress to change her ways multiple times, but that her prayers had gone unanswered.