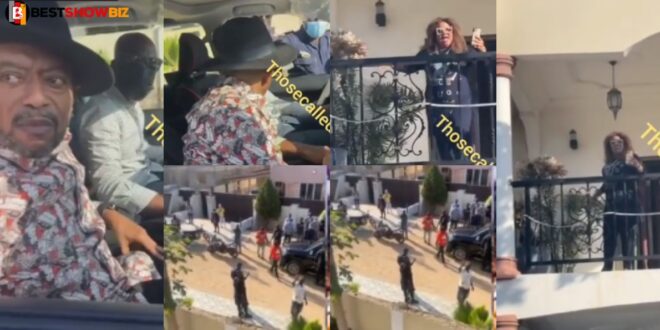 The founder and leader of the Glorious Word and Power Ministry, Prophet Isaac Owusu Bempah, has sworn to end the life of self-acclaimed repented Nana Agradaa because she has been consistently daring him.

The political Prophet vows he will deal with her after invading the former fetish priest’s house as we reported earlier.

He invaded Agradaa’s house, according to Prophet Owusu Bempah, to accept her challenge to a fight.

Owusu Bempah stated that because Agradaa had been talking about ending him, he went to her residence and asked her to do so.

The self-acclaimed man of God clarified that his battle with Agradaa was not physical, but he invaded the residence for a spiritual war.

He then vowed that if Agradaa had taken the challenge and gone up against him one-on-one, he would have made him disappear.