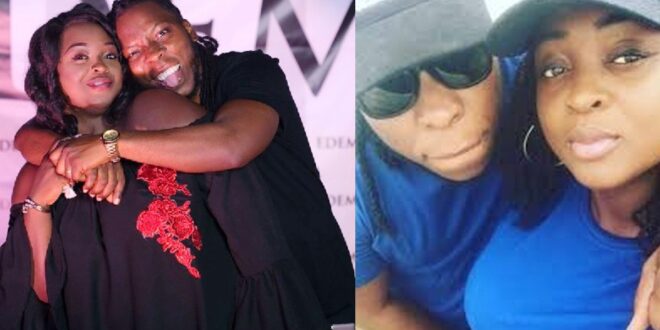 “I will “Mafia” Those Who Mocked Him in January”- Edem (Video)

Edem Denning Hotor, a Ghanaian rapper, has stated why he didn’t show up when Davido asked him to send him money a month ago.

It may be remembered that Nigerian musician Davido revealed a list of Ghanaian artists for whom he had recorded features and urged them to send him money so that he could clear his Rolls Royce at the port.

Edem was mentioned with artists like Medikal, Shatta Wale, Stonebwoy, and others. Some allegedly contributed the funds, but Edem was unable to do so.

In an interview with Abeiku Santana on Okay FM, the rapper stated why he did not contribute the money. He stated that he arrived in Ghana and was filming a music video in Ada when he was informed of Davido’s request.

Edem stated that he felt compelled to assist his fellow tribesmen in Keta who had lost their houses owing to a terrifying tidal surge that displaced over 3000 people.

He added that his team believed it was more beneficial to support the victims of the Keta Tidal Waves rather than give to Davido, which they did.

Edem joked that he would “mafia” all those who mocked him for being broke because he couldn’t give it to Davido because he will share Ghc 10,000 in January of next year.

He stated that he has identified the usernames of several Twitter agenda boys and that if they drop their phone numbers for help, he will not send them momo.