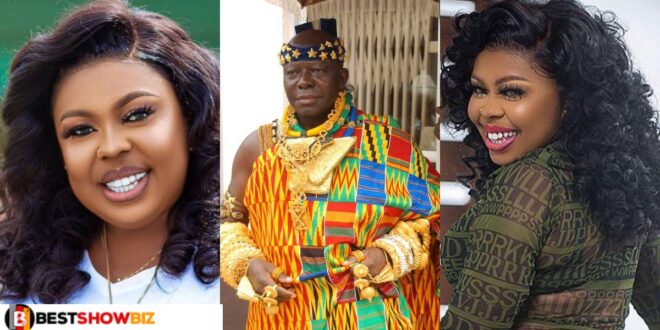 “I will love to have babies with the AsanteHene, he is the man of my dreams”- Afia Schwarzenegger

Afia Schwarzenegger, a controversial social media personality, stated in an unaired interview that she would be the happiest woman on the planet if she could give birth for the famous Ashanti leader, Otumfour Osei Tutu II.

Valentina Nana Agyeiwaa, the self-proclaimed comedienne, said that she has a crush on the Ashanti Kingdom’s ruler, Otumfour Osei Tutu II.

Afia Schwar stated in a yet-to-be-aired interview with Gilbert Abeiku Aggrey Santana on the new season of the Atuu show that she has a big crush on the Ashanti King, Otumfuor Osei Tutu II, and that she hopes to have a baby for him one day.