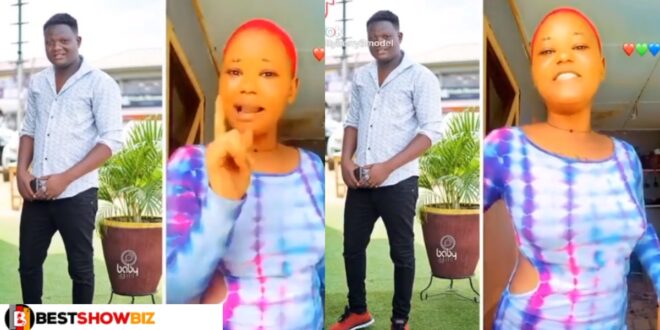 “I will mἅstṳrbἅte if you are the only man left on earth; Fổổlish man”- Bitter Girlfriend insults boyfriend (video)

In a video, a woman who is clearly upset that her relationship with her boyfriend ended acrimoniously can be seen using derogatory language toward him.

Clearly enraged by the turn of events, the lady went on a rampage, hurling unprintable insults at her boyfriend, claiming, among other things, that he is the worst of human beings.

Furthermore, she stated that if he is the last man on Earth, she will not marry because she will drive sexual satisfaction with her fingers on her punani.

In the video, she is heard saying, “You are not a man when we talk about males, you are a fool.” Take a look at man’s face.