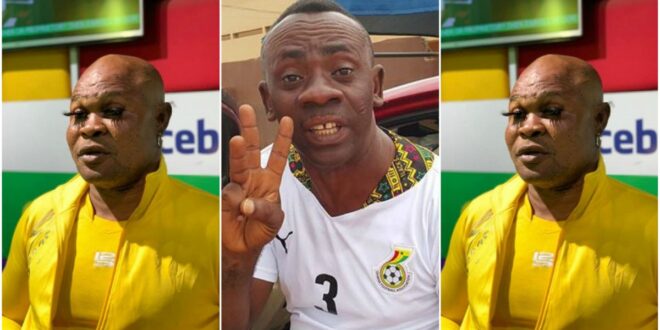 The host of the real news on UTV, Akwasi Boadi a.k.a Akrobeto, has revealed that he will give Bukom Banku a hot slap should he meet him anywhere.

Akrobeto said this concerning news that surfaced about Bukom Banku bleaching his skin.

Banku himself in an interview admitted that he started bleaching and wearing eyelashes because his name is vanishing from the entertainment industry and he wants to revive his name.

Akrobeto revealed on his real news show that, it was childish of Bukom Banku to do something like that and for that matter, he will slap some sense in him if he gets the chance to meet him anywhere.