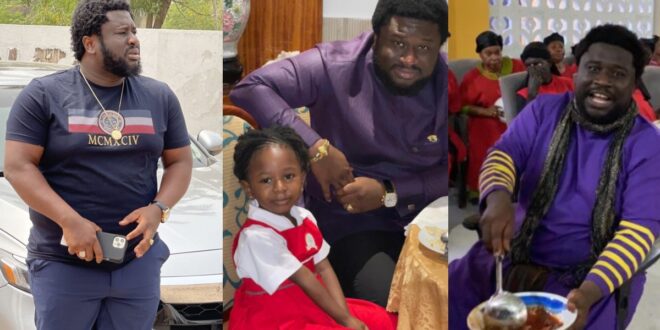 The outspoken prophet made the revelations during an interview on the “Uncut Show” with celebrity blogger Zion Felix.

Ajagurajah stated in the interview that he intends to marry many wives and have many children. In terms of numbers, he stated that he will have more than 50 children.

He also revealed that his father gave birth to 53 children and that he needs to do more.

The prophet also stated that having many children is a good thing and is even mentioned in the Bible. He backed up his claims with verses from Genesis, Ecclesiastes, and Proverbs.

Read Also  Mampong Murder: "I sậcrificed my sister for rїtuals because Life was treating me badly"

Ajagurajah also stated that children bury their parents, which is why parents should have more children.