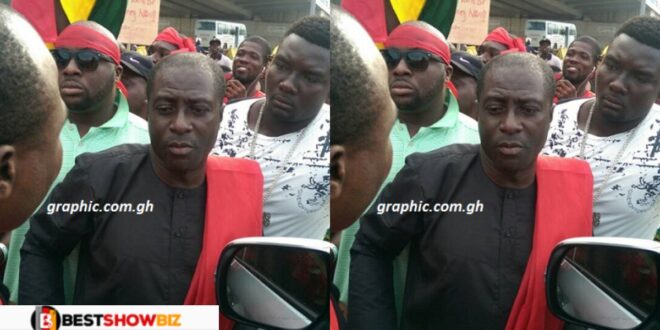 Captain Smart, a vocal backer of the “NO HOMO” movement, has threatened to violently assault all members of the LGBTQI community if the government passes the controversial measure.

The astute journalist revealed his plans to mobilize the youths to brutalize all homo.s3xuals they come across if they are allowed the right to practice ‘trumu-trumu’ when speaking on ONUA TV this morning.
Captain Smart pledged with his last drop of blood that he would not let homo.s3xuals to enjoy their freedom in the land, without equivocation.

He further stated that if the government legalizes homo.s3xuality, Dr Wereko Brobbey, a proponent of the LGBtQI, will be the first person he will ‘chop his buttocks’ with.

About two days ago, Hon. Sam George, a politician from Ningo-Prampram, and Larry Modowo, a CNN journalist, argued on live television over the Anti-LGBTQI Bill that has been introduced in Ghana’s parliament.

Despite pressure from the Western world, the NDC bigwig who is the lead member of the Anti-LGBTQI Bill has vowed unequivocally that Ghana will not legalize LGBTQI.