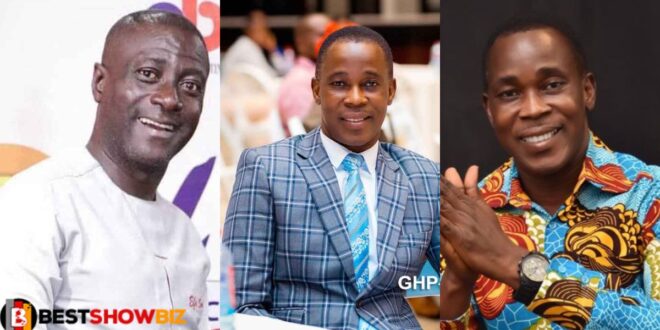 “I will fire kwodwo Dickson soon, who does he think he is?”- Captain Smart.

Captain Smart, a well-known Ghanaian radio and television personality, has promised to deal with his colleague Kwodwo Dickson one day for obvious reasons.

The former morning show anchor of Angel FM/TV bit the General Manager of Angel Broadcasting Network, Kwodwo Dickson, while hosting his customary shows on his online media Smart TV, stating he will find time to deal with him for the terrible remarks he made about him when he was suspended.

Remember that the news anchor and a well-known speaker told the media that Dr. Oteng’s suspension of Captain Smart has nothing to do with the truth he talks on the show, but it comprises a lot.

Captain Smart was challenged by Kwodwo Dickson to share the contents of his suspension letter if he is a man.

This could have prompted the daring political critic to confront him.

Kwodwo Dickson, he claims, is nobody before him, and he has no qualms about blasting him on his show when the time comes.

So, we are looking forward to the raging battle that will engulf the country and the Ghanaian internet.