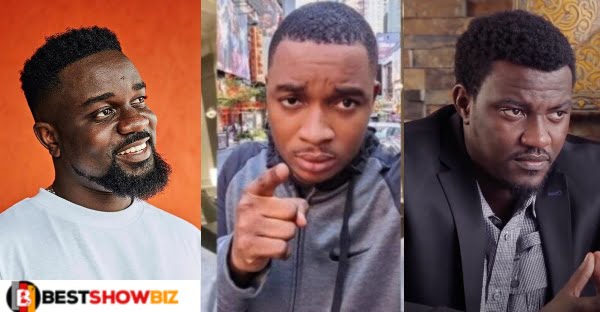 Twene Jonas, a Ghanaian social media figure, has said that if he begins talking about one of Ghana’s top musicians, Sarkodie, he will ruin his career.

Twene Jonas said during one of his live Facebook broadcasts that Sarkodie is the reason for some of the things going on in the nation, but that if he starts talking about him, his career will be cut short.

Sarkodie has always been labeled as an NPP member because of a song he wrote with Kuami Eugene called “Happy Day” to promote Akufo-Addo during the 2020 general election and his silence on Ghana’s woes.

According to Twene Jonas Sarkodie, Sarkodie has been silent on issues affecting the country owing to his ties to the current government in power.