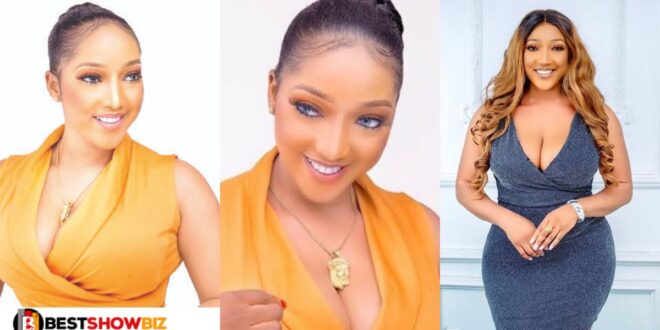 Christabel Egbenya, a Nollywood actress, got engaged in an Instagram spat with a troll about Tiwa Savage’s sт.

After Nollywood actor, Yul Edochie, complimented Tiwa Savage for having the bravery to refuse a Christabel Egbenya blackmailer, he stated that this will serve as an inspiration to many others who may be in a similar predicament.

“I commend you @tiwasavage for the way you handled the issue. You may not know this but you’ve inspired so many other people who may be going through blackmail silently. You said capital NO to blackmail and it takes a lot of strength to do so. It is well. You’re a human being, like the rest of us. Nobody holy pass.

In life there will always be ups and downs. You enjoy the ups and learn from the downs. Anything that doesn’t kill you makes you stronger. Keep your head up. Keep being strong. This too shall pass. “ While Christabel Egbenya commented, “God bless you odogwu.”

Yul’s stance on the hot issue was heartily endorsed by Christabel Egbenya, but this enraged an IG user who came after her.

“God bless him for what exactly pls? Omo You celebrities should learn to spill truths whenever you see it. Learn from @Georginaonuoha. She tells the truth and hit the nail even when it hurts. All you Asaba actresses. Mtcheeeeew. Shaking my head for una because common sense no dey.”

When Christabel realized what was happening, she went crazy on him, posting a series of messages on Instagram that included her parents in the fray.