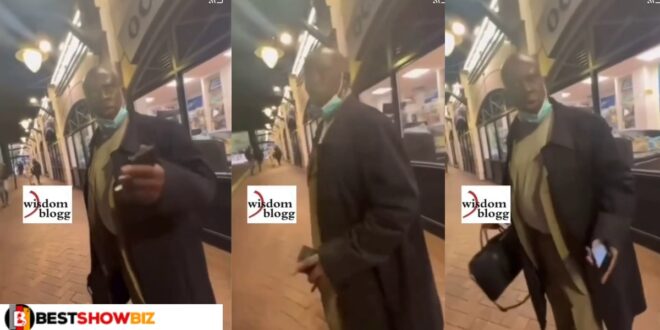 A Nigerian man was captured on camera in a humorous video when a white man asked to kiss him on the streets of London, United Kingdom.

When a white man approached the old Nigerian man on the sidewalk while he was on his phone, he requested if he may kiss him.

When the Nigerian man became angry at the White man’s request, he swiftly walked away and threatened to contact the police.

However, the white man, who was only joking with him, took out a pack of sweets with the word “Kisses” inscribed on it and presented it to the Nigerian man about whom he was talking about the sweet.

As it was too late for the prankster to correct his error, he stormed off.