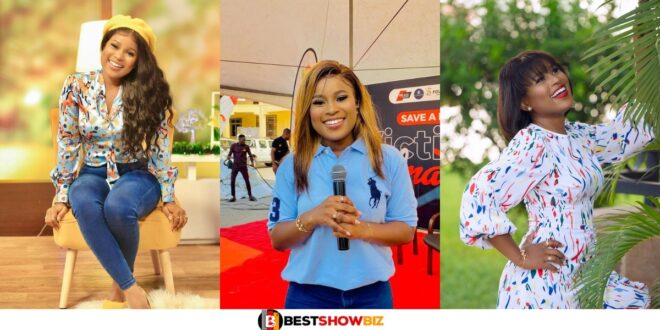 Berla Mundi, a Ghanaian media celebrity, has revealed on social media that she will release her own album next year, God willing.

According to a TV3 presenter, she plans to get into music to show to everyone who believes she has a bad voice that she is actually a superb singer.

Berla Mundi’s remark came after she sang on TV3’s new day show, prompting many on Twitter to mock her for having a terrible voice.

Read Also  A policeman shocks his girlfriend by pretending to be dead in order to propose to her.
Share