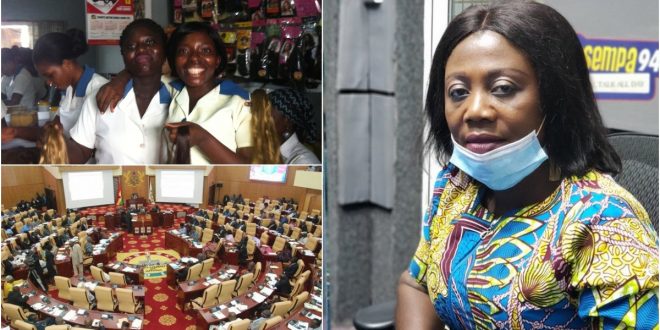 The Member of Parliament (MP) for Akwatia in the Eastern region, Mercy Adu Gyamfi, also known as Ama Sey, has shared an emotional yet inspiring experience on her first day at the Parliament House.

According to Hon Ama in an interview at Asempa FM, she wept when on the first day she stepped foot in parliament house because she couldn’t believe how far she had come as an illiterate.

“I never imagined an illiterate like me will have such an opportunity so I cried when I entered Parliament,” she said on Asempa Fm today.

Ama Sey to over the parliamentary seat of Akwatia from the NDC’s Baba Jamal in the 2016 elections. prior to the elections, Ama Sey was immensely mocked for her inability to speak English properly and her profession of being a hairdresser.

Ama Sey said she has now realized the work in Parliament goes beyond educational background. She stressed that the people of Akwatia chose her because “they believe I represent their best interests in Accra.” of which is her main aim.