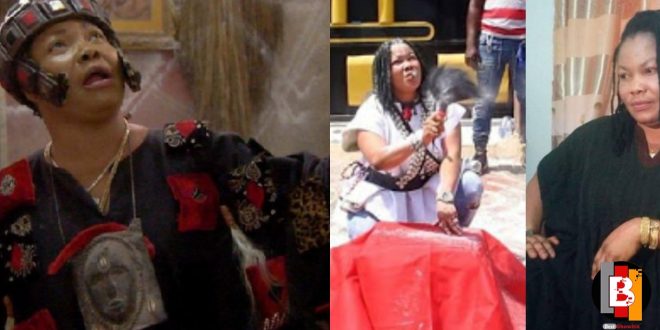 Controversial celebrity Fetish priest, Nana Agraadaa has disclosed that she got her powers from a prayer camp and not from Benin as many people have been speculating.

Nana Agraadaa made this revelation in an interview with actor Kwaku Manu.

According to her, she visited Atwea Mountains to pray and fast for  21 days and that was the source of her power.

Asked why her ex-husband, who was also a fetish priest suddenly lost his spiritual powers after they parted ways, Nana Agradaa revealed that her ex-husband lost her counsel and that she was the brain behind all the magic tricks he performed.

She said there were lies in the rumor that she visited Benin for her powers and also to destroy her ex-husband.

Nana Agradaa revealed that she worships God and that her success is as a result of God and not her gods.

watch the full interview below.