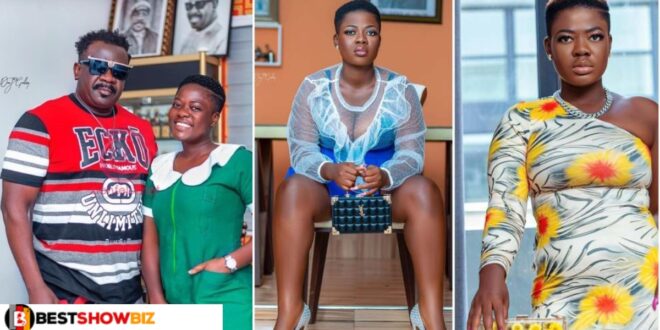 Asantewaa, a Ghanaian actress and social media personality, has stated that she first began developing nufour when she was nine years old.

According to the performer during an interview with Delores Frimpong Manso, often known as Delay, she was really nervous when her nufour appeared for the first time.

In response to Delay’s question about a memory she’s having from when she was younger, she said that when she was nine years old, she woke up one morning to find some little lumps on her chest.

She informed her mother, who was reassured that she was not in danger because she was developing br3st.

Check out a video below.