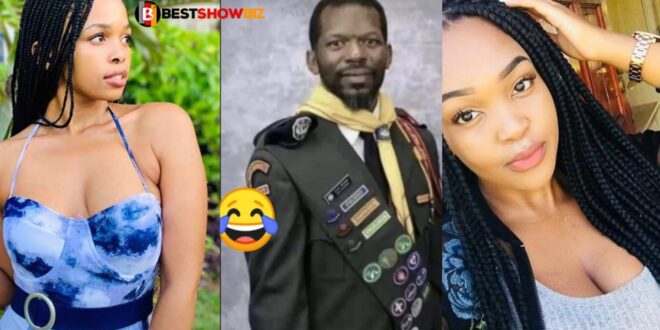 A certain lady, who wishes to remain nameless, chose to make this “agenda” her primary goal in pursuing romantic connections, but unfortunately for her, her efforts have resulted in disaster.

This girl, on the other hand, is unquestionably one of those females who enters into relationships not because they are in love with a man, but rather because of the benefits they will derive from them.

She had made the decision to date a man who was well-off in his profession and who would be able to provide for her in any situation she found herself in. Fortunately, everything turned out fine when she finally met the “love of her life.” She had seen this man in a uniform with numerous ranks on his garments and made the decision to fall in love with him after seeing him for the first time. Love had blossomed between them, and they had begun communicating with one another over the internet in the hopes of establishing a pleasant future together. She assumed that the ranks on his shirt indicated that he held a prominent position in an institution.

She had discovered a Ghanaian pilot who she believed would fulfill her dreams. She had no notion that the man had no knowledge of how to operate an airplane, because she had never met him before. He was simply a regular individual trying to make ends meet on a tight budget.

The uniform he wore had nothing to do with being in the military or being a pilot; it was simply an SDA uniform, and he looked great in it. SDA is an abbreviation for “Seventh Day Adventist,” and it refers to a religious organization. Even though he is not a pilot, as she had hoped, he is an honorable Brigadier General for Christ’s sake!!!