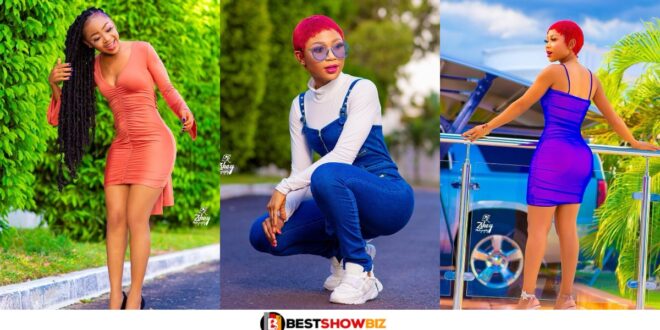 Akuapem Poloo has made a public appearance to discuss the difficulties she faced while serving a 90-day jail term.

Akuapem Poloo said during an interview with Captain Smart on Onua TV that she was stripped naked for a medical checkup the first day she arrived in the Nsawam prison.

According to the mother of one, they stripped her down so that they could inspect her and make sure she was in good health.

“The officer in charge asked me to squat and do a few push-ups in order to ensure that I had no dangerous substances or weapons on me after I had removed my clothes,” The socialite said.

Akuapem Poloo also revealed that the jail authorities in her ward were quite kind to her, always guiding and motivating her.