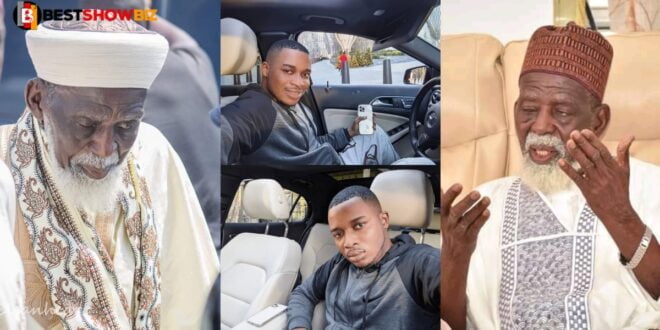 National Chief Imam Osman Nuhu Sharubutu has responded to reports he was forced to pay a donation to the National Cathedral a few days ago.

The chief imam gave 50,000 Ghana cedis (GHC) towards the building of the National Cathedral, a matter of discussion on prominent forums.

During the giving, the National Chief Imam expressed his hope that the money provided would help speed up the cathedral.

Since the public is kicking against the construction, some people assume he was compelled to make the donation by the Christian Council and other politicians.

So, the Chief Imam’s spokesperson, Sheikh Aremeyaw Shaibu, has spoken out about the charges.

He added that no one pushed the Chief Imam to make the donation.

“They did not tell him that we had come to you, so the Chief Imam looked for money for us and so on and so forth,” he began.

He continued by saying, “He himself said that you have respected me, you’ve shown me this kind of love, so my symbolic gesture to what you have given me is to do this.”

“This is the Chief Imam’s elderly wisdom; he is a mystic, he is a wise person, he reflects so much, he has certain beliefs, he has ethics, and so out of respect that they gave him, he reflected on his beliefs about what the Quran says about stretching a hand to the other side as a basic way to deepen relationships. So that in the future you can live in peace, “he concluded during an interview on Metro TV.