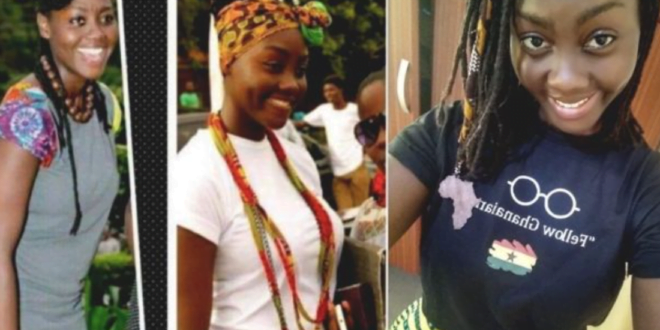 “I was kicked out of school because of my hair, and now I’m a CEO 20 years later,” Rasta woman shares Inspiring story

The denial of SHS admissions to Rastafarians has been the talk of Ghana. It all began when Achimota School officials last week refused entry to two students who were assigned to the school via the Computer School Placement System (CSSPS) because the school’s regulations prohibited students with dreadlocks from being accepted.

And it appears that the talk of Ghana has inspired one of the victims of the law to share her inspirational story. After being refused admission due to her hair, this Rasta woman defied all odds and vowed to attend school at home.

Dr. Awura Abena Agyemang, the victim, had to attend school at home because she was sacked a few days after being accepted to the public SHS because of her natural long hair. And the grade nine she had in the BECE weren’t enough to save her.
Here’s How She wrote What She Went Through Two Decades Ago.

When I received my SSSCE results I wept like a baby. I ran to Kwashito (that man is a legend ) with my mother in tow. They both tried to console me. ‘You have no idea how well you’ve done’ they said. I had aggregate 14.

They were probably right. I had sat for the exam a year before my mates after attending not a secondary school, but Kwashito’s remedial classes (Vitac); and had passed at my first attempt. I was a science student who had never stepped in a science lab.

Read Also  “I prefer tall men; you must be taller than me because I don’t want to look down on you"- Mzvee reveals

I remember when I sat for Elective Biology, Chemistry and Physics. The Part 2 of the exams which were the practicals looked so foreign to me that I spent most of the time sketching. I had no idea what the answers were. I mean I had never stepped in a laboratory!

So I guess I should have been grateful that under those circumstances I had gotten a grade that would get me into the University a year ahead of my mates.

But I wasn’t. I was sad. I was angry. Because I knew I had been robbed. If I hadn’t been sacked from school because of my hair a few days into secondary school, I would have had the opportunity to sit in a lab and understand the practical parts of the courses I was reading.

This country taught me a very bitter lesson at that young age. It taught me that it had absolutely no problem kicking a girl who had scored 9 ones out of 10 subjects in her BECE out of school only because she wanted to wear her hair long. At the time, it was for religious reasons.

Today my hair is locked. When I decided to lock it, it was just a fashion statement. Then I realised just how much sense it made- less demands on my time, no unnecessary chemicals entering my scalp, no getting sores on my scalp just because I wanted to ‘relax’ my hair. That term in itself sends the wrong message. Why did my natural hair need to be relaxed? Was it stressed and on edge? But it wasn’t until Brazillian- haired-Ghanaian -Christians started telling me that it was a sin to wear my locks that I became passionate about them.

Thinking people make us so uncomfortable here! We hate people who question our rules and our ways. We hide under the dirty cloaks of our so-called-culture when it suits us, while at the same time demonizing everything we are as Africans.

Almost 2 decades down the line and this country is at it again – teaching young people bitter lessons. Telling them in no uncertain terms that it simply does not give a hoot about their futures.

May posterity be kind to you who is jumping left, right, center defending the indefensible. Someday, when you and yours are the minority remember on which side you stood.